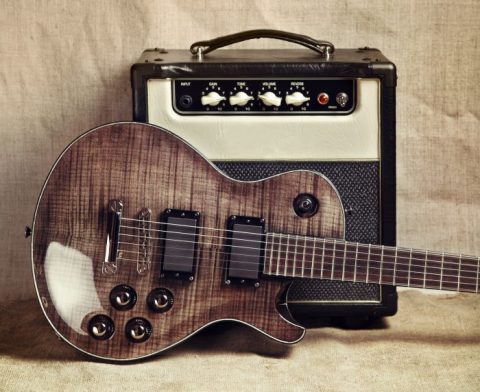 Though you can buy the AC30 in many stores, you may not have the budget for it. However, thanks to modern technology, you can get the same AC30 tube amp effects for much cheaper than the original. This is thanks to Joyo JF-13 AC Tone Vintage Tube Amplifier effects pedal, analog circuit and bypass. Let’s take a closer look at it to see if it is worth it.

Let’s begin by clearing things up. The JF-13 is not exactly a tube amp. It’s more or less a preamp and it does not use any vacuum tubes. Considering its small form factor, you wouldn’t expect the same functionality from it as a full tube amp. However, it does all that and more.

The first thing you’ll notice is that the JF-13 has over six knobs. This will give you the ability to duplicate a lot of AC tones – remember that this product is meant to duplicate the various AC tones. Just tweak the appropriate knob to a setting and mix-and-match.

Another feature that you will like about this product is its small size factor. This amp will fit comfortably in your bag or guitar case. The original Vox tub amps were large affairs and were hard to carry from gig to gig. This pedal is a whole lot easier to use.

You will also like the fact that this pedal has its very own cabinet emulation. This means you aren’t limited to using it for your gigs. All you need to start mixing with it is a mixing desk or something similar. Overall, if your main amp fails, this would be a great back up.

There are several factors to consider when you want to buy this product.

It does have several drawbacks.

If you’re in need of a tube amp experience but do not have the money to do so, the JF-13 is a good alternative. Even if no tubes were used, the amp pedal manages to duplicate the sound of a genuine tube amp. With only minor considerations and the low price, this makes it a perfect beginner’s amp for anyone who wants to start their performing career. They can get a real tube amp later.

Tube amps can make a performance better. However, technology has progressed enough that even solid-state amps can compete with the sound they produce. Not exactly on par, but good enough for the audience. You’ll want to try it out yourself to hear the difference in the sound.