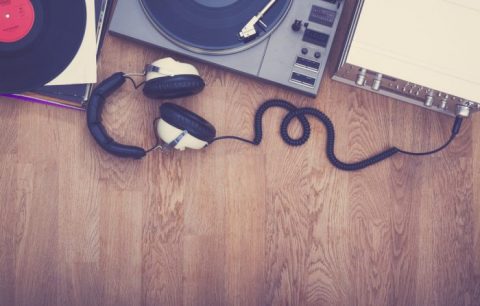 The output attenuator first emerged in the 1980s, commercially at least. Later in the 2000s and 2010s, the output attenuator became one of the best ways to tame a powerful tube amp. These devices tend to be quite compact, taking the shape of a box that’s about the size of a brick.

Attenuators tend to be connected between your speaker or extension speaker cabinet and your guitar amplifier. Nowadays, manufacturers often include a tube amp headphone attenuator as a built-in feature of their amplifiers. How Do Attenuators Function?

As we’ve already mentioned, the main function of an attenuator is to allow you to drive your tube amplifier harder without having to experience a rise in volume. How do these devices manage to do so? By replicating the ohm load of your speaker so that the amplifier gets bamboozled.

Different attenuators tend to house different elements, but the thing that’s in common with any of these elements is that they’re either resistive or reactive. In other words, they’re used to soak up the output power of the amplifier, reducing the level passing on to the speaker.

The amount of reduction that these elements can make is featured in increments that the player can select with the aid of rotary dials or notched switches. Output attenuators are as popular as they are because they help move the level-clamping potential a couple of stages further along.

The vast majority of amp attenuators utilize a coil of some sort in order to reduce the wattage by changing the excess wattage into heat. The reduced wattage portion that isn’t converted to heat is then transferred to the speaker, producing sounds at conversation levels or lower.

How to Use A Tube Amp Headphone Attenuator?

After you’re done setting everything up, you’ll be able to control the actual volume coming out of the amp by adjusting the output volume on your attenuator while keeping the volume of the amp itself as high as you want. You can now drive your tube amp as hard as you want.

Why Should You Use an Attenuator?

There are many reasons to utilize an amp attenuator, one of which is that it allows you to get the absolute best tone out of your amp. We all know that the harder you drive a tube amp, the better it sounds since tubes tend to produce their best tone when running at plate voltage.

Using an amp attenuator, you can crank up your amp without having to deal with the associated rise in volume, as it’ll only allow a small portion of the wattage to be delivered to the speaker. To put it differently, you’ll get the tone of a cranked amp at a volume of your liking.

This is especially helpful if you’re someone who lives close to others, as it’ll allow you to get the tone you desire without cranking your amp too hard that it ends up annoying the people in your neighborhood. But these aren’t the only advantages that tube amp attenuators have to offer.

Another advantage of using an attenuator is that it provides stadium-level sound at smaller gigs. Not all gigs require an extremely powerful guitar rig, you know. In fact, sound engineers may ask you to turn your amp down at smaller gigs regardless of how impeccable its tone is.

Using an attenuator, you’ll be able to lower the volume of your amp while maintaining a superior tone and an overall balanced volume that isn’t dominated by one overpowering guitar tone that’s drowning all other instruments out. Everyone at the gig will definitely appreciate that.

Attenuators also come in handy when you’re in studio situations. Many recording engineers are always trying to capture the authenticity of a cranked valve amp while using low studio volumes. By using an attenuator, you help achieve the best of both worlds without any hassles.

Any Drawbacks to Using A Tube Amp Headphone Attenuator?

When it comes to the disadvantages of using an attenuator, we like to think that there aren’t any. You may have heard people saying that attenuators tend to burn out tubes really quickly, but this isn’t true at all. We can see where this opinion is coming from, but it’s just a misconception.

If you really think about it, your amp will burn through the tubes at the same rate any amp that’s turned up to extremes would if the amp’s volume is dimed. This is taking into consideration that the volume in the room is kept low with the aid of an attenuator.

Another negative viewpoint that you may hear floating around with regards to attenuators is that they’re associated with small degrees of tone loss. This is a result of your speakers being driven less since a portion of your guitar tone is produced by the speaker when it’s being driven.

How to Select an Amp Attenuator?

If you’re in the market for an amp attenuator, there are a number of factors that you need to take into consideration if you wish to get the most bang for your buck. Here are these factors:

Like we’ve just mentioned, passive attenuators don’t require external power supplies in order to function. This type of attenuator is often equipped with networks of high-power resistors and the models that are purely resistive tend to be referred to as “power soaks.”

There are some passive attenuators that feature fans or bulbs that are powered by the amplifier signal. You can even build your own passive model using step-down transformers with multitaps for varying output levels. This method relies heavily on changing the impedance.

By changing the impedance that the power valves “see,” a portion of the power gets sent back to the amplifier. However, as you apply more attenuation, the frequency response can change, which can result in the transformers getting damaged in transformer-loaded attenuators.

In order to function, active attenuators require an external power supply as they incorporate an amplifier stage. In a nutshell, the signal from the guitar amp sees a passive dummy load and a small portion of the amp signal is then directed to an onboard amplifier that feeds the speakers.

As we’ve already stated, active attenuators are more versatile than their passive counterparts in the sense that they can be used to cut as well as boost the signal being sent to the speakers. In other words, they can boost the volume levels of small- and medium-power valve amps.

The majority of guitar cabinets today have an impedance of 4, 8, or 16 ohms. For you to protect your speaker from burnout, you should make sure that the impedance of your amp matches that of your cabinet so that there’s no difference between efficiencies that can damage your speaker.

The same concept applies if you’re using an attenuator in conjunction with your amplifier. You’ll need to make sure that the impedance rating of your attenuator matches that of your amp. The vast majority of attenuators have two or more impedance settings, so it shouldn’t be a problem.

Which Features Matter the Most?

Amp attenuators are fairly straightforward devices that don’t offer a lot of bells and whistles, but there are a few features that you must look for in an attenuator to ensure the most value for your money. These features include the following:

There are a bunch of other features that you may want to consider in an attenuator such aa amp emulation, re-amping, EQ tweaking, and additional speaker connections. However, these are all secondary features that aren’t really as important as the ones we’ve mentioned above.

The prices of output attenuators tend to vary based on the costs of the components that they’re housing as well as the complexity of their designs. Two of the most popular resistive attenuators on the market are the Dr. Z Air Brake and Weber Mass. Both units are pretty cost-effective.

If you’re looking for a high-quality reactive attenuator, you may want to check out the Universal Audio OX Box or Rivera Rock Crusher. Both units feature elements that interact with your amp the same way a speaker does. However, they’re not the most budget-friendly units out there.

There are many other ways you can achieve a high-volume tube tone without it being too loud, some of which include using re-amping units, cabinet emulators/simulators, voltage regulators, iso cabs, and the Plexi shield. However, attenuators remain the most popular out of the bunch.

Hopefully, we were able to address all the questions you had in mind with regard to attenuators. If there’s a question that we forgot to address, please feel free to let us know so that we can try our best to help you. Until next time!