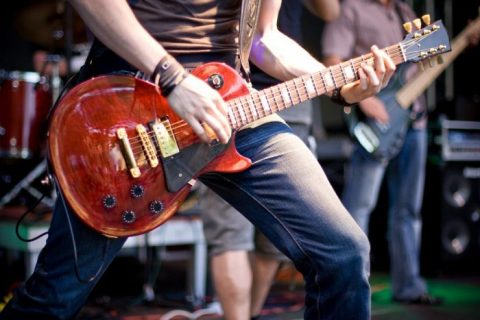 The natural sound of your guitar may be terrific, but you can expand the range of sounds and effects you can make simply by using a distortion pedal. The fuzzy and gritty tones of the best distortion pedal models have greatly influenced the very sound of rock music itself.

Trying to change the effects of your guitar has long been of interest to the legends of guitar and rock. Les Paul tried to add effects with multi-tracks and echoes. However, now you can just use a distortion pedal to change your sound as you record or as you play. All the greats, including Jimi Hendrix, Eric Clapton, and Keith Richards, have used this. With your own distortion pedal, you can emulate the legends and create your own distinctive sound.

Picking the “right” or “best” distortion pedal isn’t always easy. That’s because there are many different models to choose from, and the price can vary a lot. You should try to get a pedal that matches your budget as well as your ability.

So how do you pick the right one for you? Here are some factors that you should consider:

With these factors in mind, let’s take a closer look at some worthy units to get whether you’re a newbie or a guitar vet. 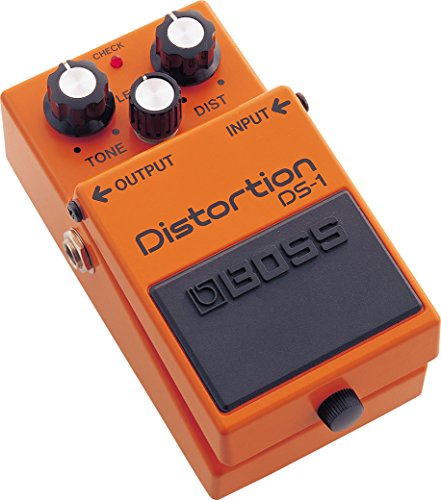 It’s right that we should mention this Boss DS-1 first, because it’s a true classic. It was first launched way back in 1978, and it helped shape the rock and punk music of the era. It was also a favorite of the legendary Kurt Cobain, so it influenced the grunge music of the 1990s.

This is a classic distortion pedal that’s reminiscent of the early punk rock and late 1970s metal scene. Its enduring popularity is no surprise, with such a distinct sound to offer. It’s easy to use and extremely affordable, and for all these reasons a lot of newbie guitarists use it, too. After all, if Kurt Cobain liked using it, then it must be good.

The EHX Big Muff is one of the most well-known distortion pedals in music history. It’s been around for the last 40 years, so different generations of guitarists have come to appreciate its fuzz sound.

The problem with the original Big Muff is that it’s literally big. Fortunately, now it comes in the compact Nano size while still retaining its big sound.

This has been used by luminaries such as Hendrix, Santana, and Gilmour, so you should try it, too. It offers a very aggressive sound, but that’s what you want if you’re going for a metal or grunge tone in your music. 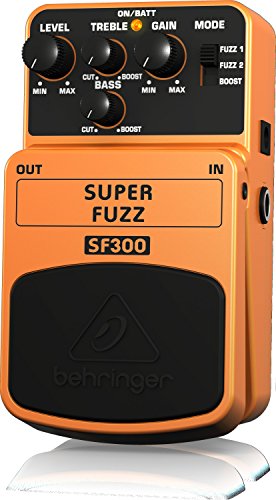 When it comes to audio equipment, a good rule is to simply overlook the cheap stuff because you get cheap performance (if you can even call what you get “performance”). This Behringer Super Fuzz is the exception to the rule. It’s ludicrously cheap, yet the sound is surprisingly good.

Just get this SF300. You won’t even notice the expense, but you will notice the sound it makes. This gives you lots of options that other more expensive models don’t offer. 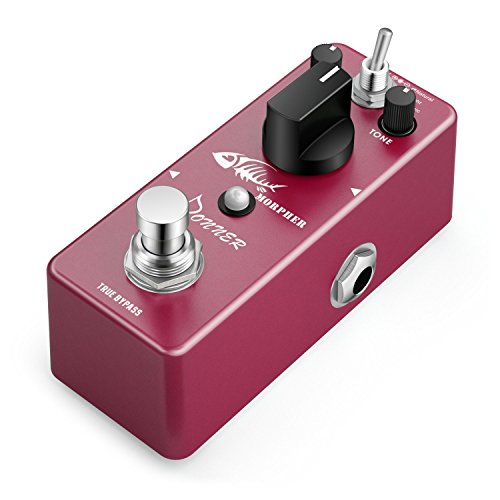 What if you’re a fan of 1980s hair metal like Poison, Bon Jovi, or Motley Crue? If that’s the case, then you need the fuzz flavor you can get with the Donner Morpher Distortion pedal. It’s exactly how you’d describe the sound.

It’s affordable, very small, easy to use, and offers a wide range of sounds to choose from. With this Donner Morpher Distortion, you can practice all your Quiet Riot songs so people can really “feel the noise!” 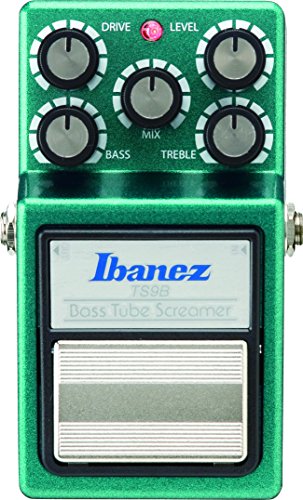 Just because you play bass doesn’t mean you have to fade into the background all the time as your lead guitarist commands center stage. Ibanez makes sure you get some of the spotlight as it offers a version of the famed TS9 pedal specially made for bassists.

You may want to get a different pedal if you truly wish for that enraged metal distortion sound. This is more of an overdrive pedal than a distortion pedal, which means you don’t really get the gain you need for true distortion.

This is powered by a battery, and you don’t have the option to use an adapter. So you have to bring lots of replacement batteries even when you’re using this at home in your bedroom, as worn batteries can mess up your sound.

If you play bass, then what are you waiting for? This really boosts your low end, and the controls offer lots of settings that you can customize easily. With lots of knobs and settings to adjust, you can spend a lot of time experimenting to get that kind of sound you really want. In fact, even with the same settings you can get really different effects simply by changing how you pick at the strings.

The TS9B is affordable, durable, and very easy to use. With this, perhaps you can grab the spotlight for once as you take center stage with your bass guitar.

There really isn’t a definitive choice to make here, as it all depends on you. The exception is the TS9B, as you should get it if you’re using bass. If not, you need to limit your options to any of the other four on this list.

We made sure to include affordable yet classic models for our list of the best distortion pedals. What this means is that you’re not really limited to getting just one of them. Why not get all four instead? You can even buy one every month because they are all so affordable. Some of them cost about the same as several cups of coffee from Starbucks.