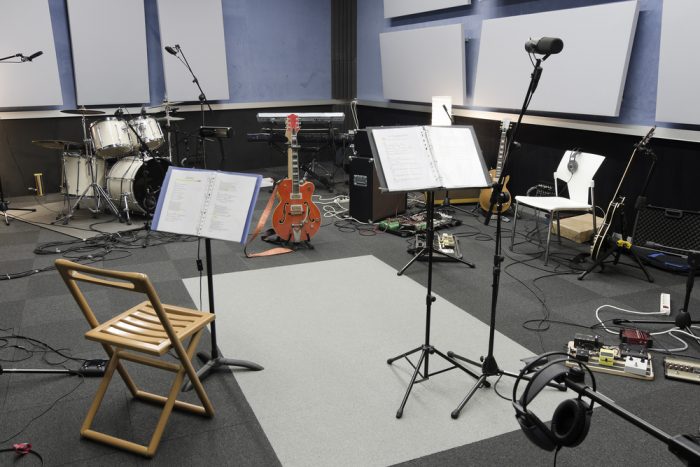 Planning to add to your collection of well-used amps? Excitedly comparing amps to buy your very first Vox or Fender?

Or are you a newcomer who’s just stumped by all the British vs. American debates about inanimate objects?

Quit plucking those guitar strings for a few minutes. We can help you decide on the best small tube amp for recording.

That British vs. American Thing

No, the British Vox won’t suddenly make you go on about eating your tea, hand-washing your tweed, or looking for the zebra crossing.

Quite simply, the reason it’s known as the British amp to the Fender’s American is the origin.

The Americans made the Fender amp in 1945. The tubes used included 6L6s and 6V6s. Those are behind the Fender’s signature scooped-out smoothness.

Here’s what puzzles most people: Tube amps were made first. Then solid-state amps or transistors were invented specifically to provide stronger, louder results.

If engineering isn’t really your thing, you’re probably wondering how tube amps can possibly beat the bigger and more powerful transistor that was literally made as a better option. After all, bigger means louder, means all kinds of awesome sounds to get your rock on, right?

Right, just not when it comes to guitar amps. Radios, phones, and early TVs all switched to transistors. Here’s a quick look at the reasons tube amps deliver the winning beats.

Unlike larger amps, tube amps are generally small enough and lightweight enough to go anywhere with you.  The best small tube guitar amplifier can fit in the passenger seat of your car and still be powerful enough for you to have a gig wherever you go.

Yup, you read that right. Another reason so many audiophiles prefer tube amps is the neat distortion they make. In fact, it’s so pleasing to your sensitive musical ear it’s called harmonic distortion.

Because tube amps produce those sweet, punchy mid-range tones, we tend to associate them with that beloved classic sound of the 60s and 70s.

So which good small tube amp is best? Ask your musician buddies and no amp can probably be heard over the loud argument that’ll follow. Join us for a quiet and quick look at each type. If you dig what the Beatles, the Rolling Stones, and Brian May sound like, you’ll like the Vox AC15.

With its simple controls, you’ll be getting those gorgeous big lows and bright highs effortlessly.

Clean yet warm enough, this small valve amp is sturdy enough to go on the road with you.

Watch for the high end. If it gets too loud, you won’t sound so hot. If you’re using this to croon your heart out at home, you’ll get glares from your neighbors and your pets may not be able to hear you clearly again. 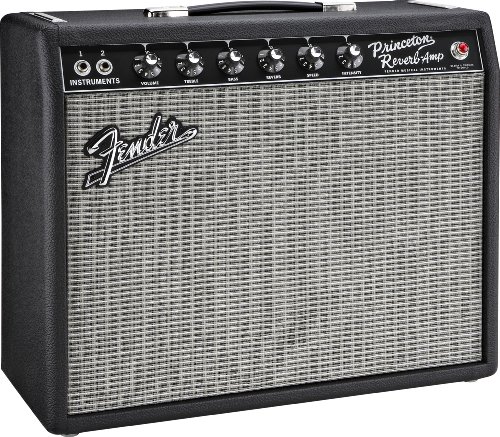 This is ideal for fans of Carl Perkins, Vince Gill, and Marty Stewart.

You’ll crank out the gorgeous dark and heavy tones this amp’s famous for and you’ll keep up with the drummers easily.

Each of its two different sounding sections lets you use the reverb and tremolo. With its old-timey feel, you’ll feel like you’re in Clapton heaven.

This amp is far too loud for safe use at home. Use an attenuator if you don’t want to shake your neighbors’ walls.

Here are a couple of things to keep in mind before you place that order.

Another case of smaller being better. This is because what you really want is for your tubes to be saturated with sound, giving you that fantastic retro vibe.

So why is higher not better? Because you don’t want to murder people with decibels. Crank your 70-watt amp all the way up to saturate the tubes and you’ll blow up everyone’s ears.

A 15-watt amp gives you that coveted saturated tone and lets you keep your ears. For that overdriven vibe, we all love, close-mic your amp and you’re good to go.

Speakers are another way to get a greater variety of sounds from your small valve amp. The same amp will sound different with different speakers.

Obviously, the speaker that a particular amp was made for adds to the amp’s tone, but swapping speakers gives you a good feel for their effect on your amp.

Warehouse Guitar Speakers lets you listen online to a clean and dirty sound clip of each speaker they sell, whether British or American. It’s a fun way to get a better idea of how you can use speakers to play around with different sounds.

Just like British English and American English, both the Vox AC15 and the Fender ‘65 Princeton Reverb are powerful, musical amps that sound great in their own right.

The boxy Vox’s and the full-bodied Fender have earned their prestigious spots in the amp world.

Why not take your guitar to your local guitar shop and try out each amp? It’ll help you rack up a bunch of admiring glances, annoy the assistant, and make up your mind. Happy strumming!

Looking for tips on how to capture that great tube sound on record?  Here are some resources I hope you find helpful: