However, if you are indeed an aspiring guitarist, please bear in mind that effect pedals do not make you a better guitarist – practice does. Now, if you think that by buying the correct guitar pedal will magically turn you into the next Jimi Hendrix overnight, think again. It takes more than that. With that being said, let’s proceed to the list of finding out which types of guitar pedals suit you best.

If distortion pedals are mostly heard in rock and metal music, overdrive pedals are usually present in blues. If you are an electric guitarist that gets tired of always cranking up the amplifiers to get a good grungy music feel, then it is high time that you invest in an overdrive pedal. This mimics an amplifier sound that is cranked up to 11. 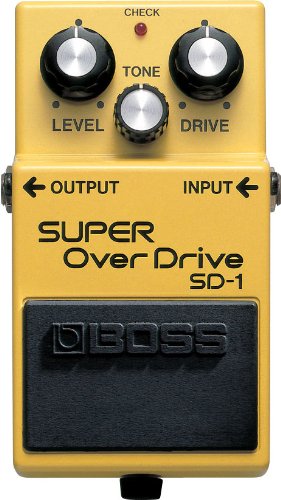 A tuner pedal is one of the most important pedals to have as an electric guitarist. It gives you a single cut off point for your chain of signals. It also allows you to tune your guitar without having to go through the trouble of using another separate guitar tuner.

Reverb or delay guitar pedals are your best friends. The reverb pedal mimics a similar tone to that of an acoustic instrument or of an acoustical setting such as concert halls. The delay pedal, on the other hand, repeats the sounds or notes that are being played at a preset interval. Both the reverb pedal and delay pedal can be used to support the sound so that it would not seem as if it is “flat.”

Wah pedals were made popular by Jimi Hendrix, Eric Clapton, and Jerry Cantrell. Even though this type of pedal can go in and out of a guitarist’s life, continuous use of the Wah pedal can make a big difference to your sound. It can help you achieve a range of tonal expressions from a funky tone to a screeching one.

Chorus pedals are somewhat similar to Wah pedals in a way that if you manage to screw up using chorus pedals, people will hate you. Why do I say this? Because chorus pedals are an excellent addition to any pedal board – meaning they should be used appropriately. Chorus pedals are like the cherry on top of your sundae- it completes the whole thing. Chorus pedals can add fullness and depth to your sound and make your guitar sound more three-dimensional. 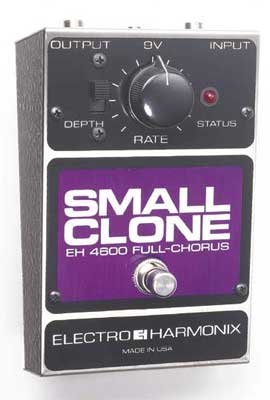 Looper pedals and delay pedals share the same characteristics, which is why they are mostly seen together. However, it is your own decision if you would want to separate them. Looper pedals allow you to have layers of repeating sounds.

If you would want a complete control of your signal including the volume coming in and out of it, then volume pedals are a must.

“Do it All” Pedals

A “do it all” pedal is pretty self-explanatory, don’t you think? There are so many effect pedals today. Naming just a few are flanger pedals, phaser pedals, modulation pedals, fuzz pedals and much more. “Do it All” pedals can perform as more than one kind of pedal.

For more, check out our list of best overdrive pedals for blues!